"SWAG" and "YOLO" : A beginners guide to delinquency..

Ah, the English language. Spoken globally, it's the mother tongue of over 375 million people.
Sadly, it's also the language spoken by some of the dumbest, most worthless people on Earth.

Yes folks, I'm indeed referring to the "sheep" of society, the people who follow popular trends like a moth round a light bulb. And, when the light is turned off, the moth flies away, to find another source of entertainment. I realize that was a terrible metaphor, but there really is no other way of expressing the effects of pop-culture.
These people take the English language, and literally tear it apart, creating new phrases that ripple throughout the younger generations, with occasionally disastrous consequences.

Recently, while browsing the web, I came cross an acronym that until that point, was unheard of. SWAG. Naturally, being curious as to the meaning of this new "trending phrase", I decided to pursue the definition of this strange new formation of letters. I promptly popped on Urban Dictionary, and discovered that that society's stupidity had finally been uncovered. You see, SWAG is a phrase generally used by today's youth to describe how "cool" something, or someone is. Clearly, the vain douche-bags who use this word overlooked a small, but rather significant detail.
The phrase SWAG is actually an acronym created way back in the 60's, by a group of homosexuals . The real meaning? Secretly We Are Gay. Honestly, you'd think people would do a little more research...

This, my friends, brings me neatly onto the topic of the phrase "YOLO", or You Only Live Once. 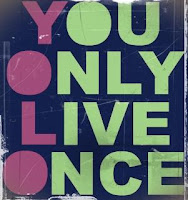 Again, it seems this phrase was created by someone with the level of imagination you might find in the skull of a 100 year old corpse, because it's pretty damn obvious that once you die, well, your dead.
Somehow, young teenage girls simply choose to ignore the literal meaning behind the phrase, and instead prefer to use it as some form of "get outta jail free card". They seem to have decided that by saying "YOLO" whenever they do something stupid, crazy, immature or down right insane, that the action is justified and irrelevant. Now, as nice as the ideal of being able to excuse yourself from everything by using a simple 4 letter acronym might sound, I can promise you that saying "YOLO" isn't going to take care of the baby you're giving birth to at age 14. Nor will it calm your parents down when they find out you've been doing drugs and drinking all night. All the word states is "I know what I should be doing in life, but I'm going to ruin it instead, because there's no point in living if you don't do something stupid."
This makes no sense. Sure, life is, after all, worth living. But you have nearly 80 years to go crazy. why bother doing something stupid when you've got so much to learn about the world? Trust me, it's better to be a little conservative, and stay safe and content, than messing your whole life up by doing something that you're going to regret until the day you're six feet under.

Think before you act people. A word won't save your skin. Common sense will.

Nicki Minaj. Quite possibly one of the worst artists to have ever walked on the surface of planet Earth.
Admittedly, that seems like a bold statement to make, since I'm no global megastar, but I'm confident that my words have more substance than her lyrical abilities. Here's a few examples of her illegible writing: 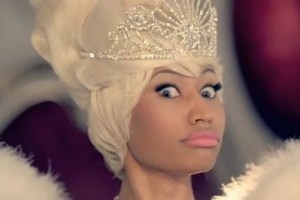 I mean your so shy and I'm loving your tie
You're like slicker than the guy with the thing on his eye, oh
Yes I did, yes I did, somebody please tell him who the 'F' I is
I am Nicki Minaj, I mack them dudes up, back coupes up, and chuck the deuce up"

Honestly, the last time I read such gibberish was when I was scrolling through the comments on a Rolling Stones video, and to my horror, discovered a post which stated that "Justin Bieber iz likz the bestz singer evaaa, thiz is lyk old peeple musik. Get wiv the tymz peeple! Belieberz foreverrr". I finally concluded that this person was clearly deluded, and that the correct moral decision was indeed to dream  up new ways of destroying this abomination of society.


Anyhow, let's move this blog on to the main topic of this discussion, shall we?
Sadly, society is now at a stage where people believe these kind of lyrics are acceptable, and that they represent "good music". No. "Good music" is music that is written by people who put meaning behind their words. "Good music" is performed by people who can play instruments with a certain flare, in an incomparable manner. Let me put it to you like this. Jimmy Hendricks is renowned for his exceptional guitar playing. Nicki Minaj.... Exactly.
"Good music" is also performed by people who are popular, not because of their looks, but because of their talent. Artists such as Adele, Elbow, and a number of other, less well known artists.
This, my friends, is the biggest issue with the music industry. Success in this part of the woods is no longer governed by talent. Looks, and the potential to gain mass appeal among younger audiences. Money rules the roost. Honestly, when was the last time you heard a "Belieber" or a "Directioner" talking to their friends (It honestly amazes me they have any...) about how "Justin iz soooo hawt and fittt!" or "OMG! One Direction are lykz totes amaze!!" 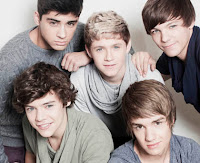 "Why?! Why is modern society so blind to the corruption behind it all?" I hear the more intellectual among you cry. Well, it all boils down to this. Music executives take a mediocre singer, polish them up a bit, use a computer to produce a song with a "catchy" beat and autotuned vocals, and prepare to rake in the profit. I mean, the level of lust for One Direction, for example, has now gotten to a point where you can buy DOLLS of the band members. DOLLS! I mean you don't see Adele going around asking for people to cast her in plastic, do you? But, as long as young girls (And young teenagers) have some form of pop sensation to drool over, then they're completely ignorant to the sheer corruption they are being drawn into, and thus choose to retaliate against the  idea that "the beztizt singerrrs everrrr" are in fact, nothing more than auto-tuned greedy turds.


I may have been born in 1998, but as a massive fan of classic rock, there's nowhere I'd rather be right now than in the crowd of a Rolling Stones concert in Hyde Park, London, July 1969.
Posted by Unknown at 13:57 2 comments: